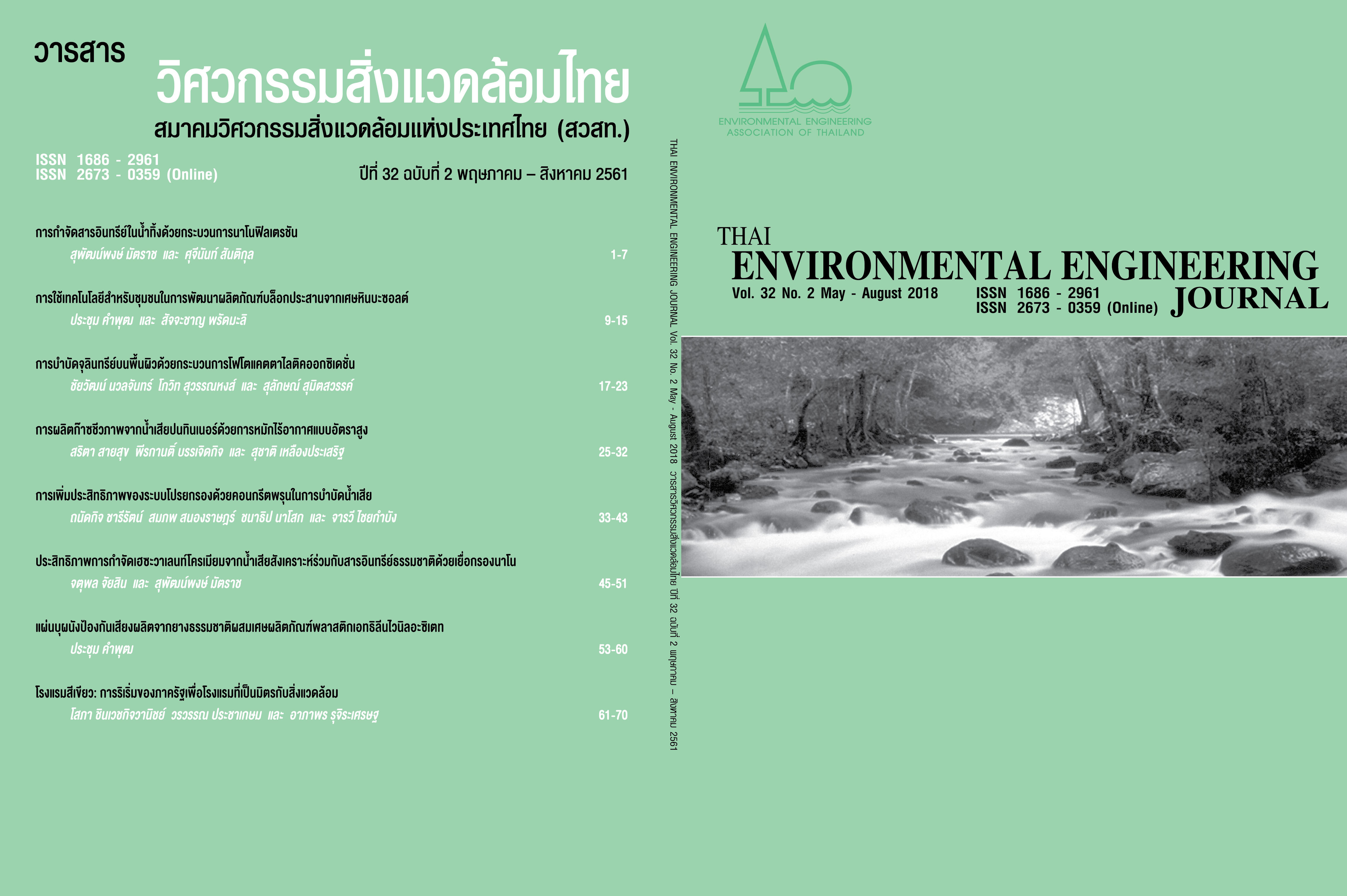 Contacting of some microorganisms contaminated on the surface could cause illness to human and lead to the use of antibiotic drugs. Misusing of antibiotics can cause of drug resistant bacteria which needs more antibiotic dosage or new drugs and lead to ineffective treatment and extra costs. Health Systems Research Institute indicated that a top-infecting microorganism is E.Coli, which is a gram-negative organism. Most infections are Gram-negative bacteria, which often cause gastrointestinal illness. urinary tract and gall bladder. In order to reduce the incidence of infection on exposed microorganisms, this study had devised a method for treating microorganisms on the surface with photocatalytic oxidation using titanium dioxide (TiO2) doped with copper and embed in low density polyethylene (TiO2/LDPE)

In this study, TiO2 doped with 3% copper oxide were embedded on LDPE film and employed as the photocatalyst. UV light and visible light were used and compared the effectiveness of photocalytic activity to inhibit the growth of E.Coli in test tubes. The results showed that microorganisms were beginning to die and decreased with time of exposure at 120 minutes and 220 minutes, under UV and visible light irradiation, respectively. Photocatalysis reaction under UV light decreased 78% and 40% under LED light. The results indicate the possibility of applying TiO2/LDPE + Cu3% film to the contact surface such as bedside panel or working table in the hospital/clinic to reduce the incident of bacterial contamination and drug resistant bacteria.