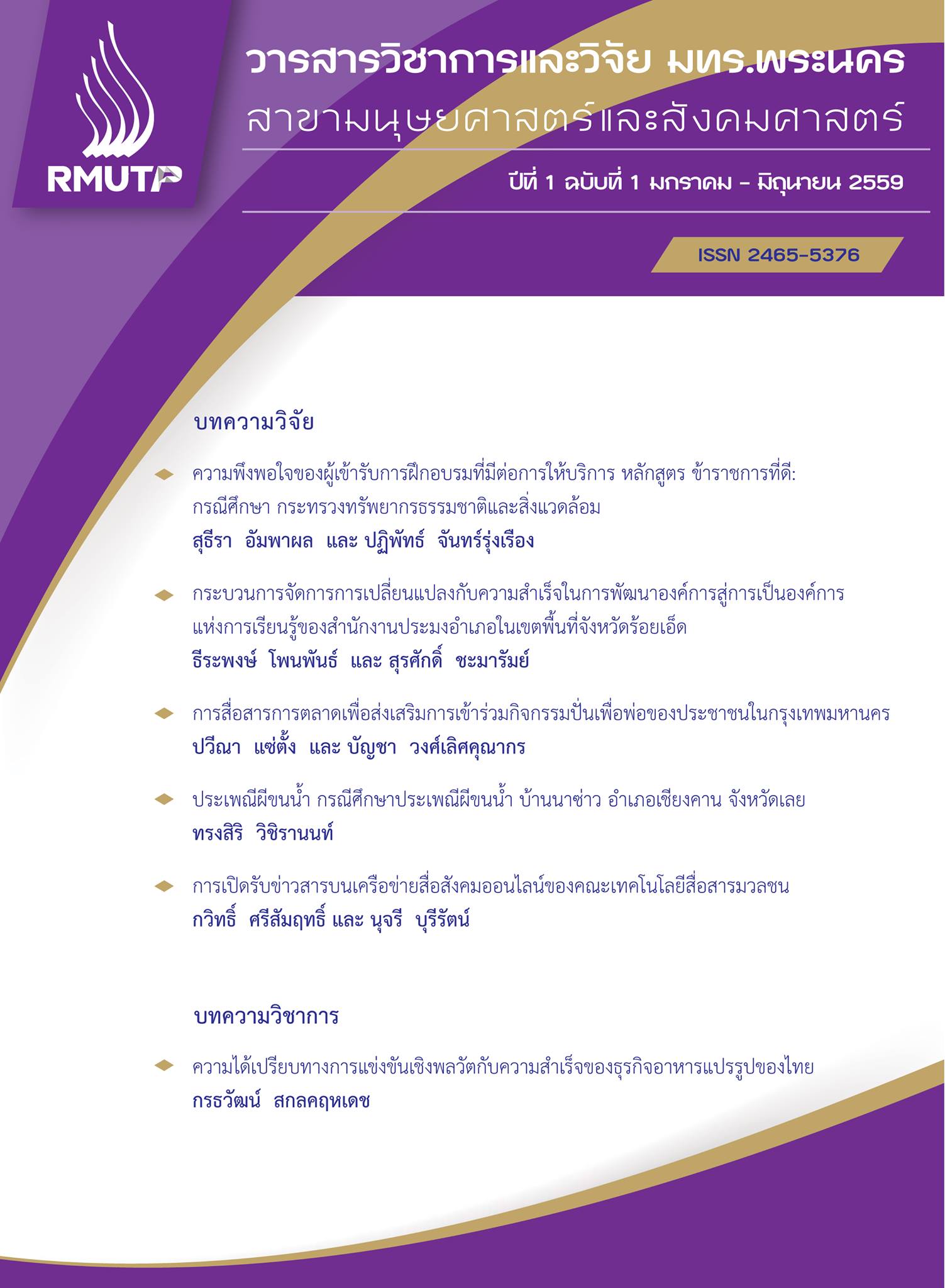 The purpose of this study is to investigate the background of the ceremony, traditional patterns and procession as well as its important role to the community. Fifteen Nasao villagers were purposively sampled. The research tool is interview scripts of the informants. It was found that the Phi Khon Nam ceremony was one of the local traditions of the people in the Khong River basin which was known as the cultural group of Lanchang Kingdom origin with the belief of paying homage to their ancestors. The festival is held from the first to the third day of the sixth waning moon which lasts three days at Pho-Sri Temple, Nasao, Chiangkhan District, Loei. The Phi Khon Nam plays an important role to the community on gathering lots of people who intend to express their gratitude and pay respect to the spirits of their ancestors who protect them, control the well-beings of the villagers, evoke the annual rain from the heaven and bless crops. Moreover, it is believed that Phi Khon Nam is well-recognized as the heart and soul of the villagers and also the identity of the village well-beings and the unity of the community. In addition, the Phi Khon Nam procession is the combination of local tradition and religious activities