Nonlinear Relation between Government Spending and Education: Theoretical and Empirical Evidence from Districts in Indonesia 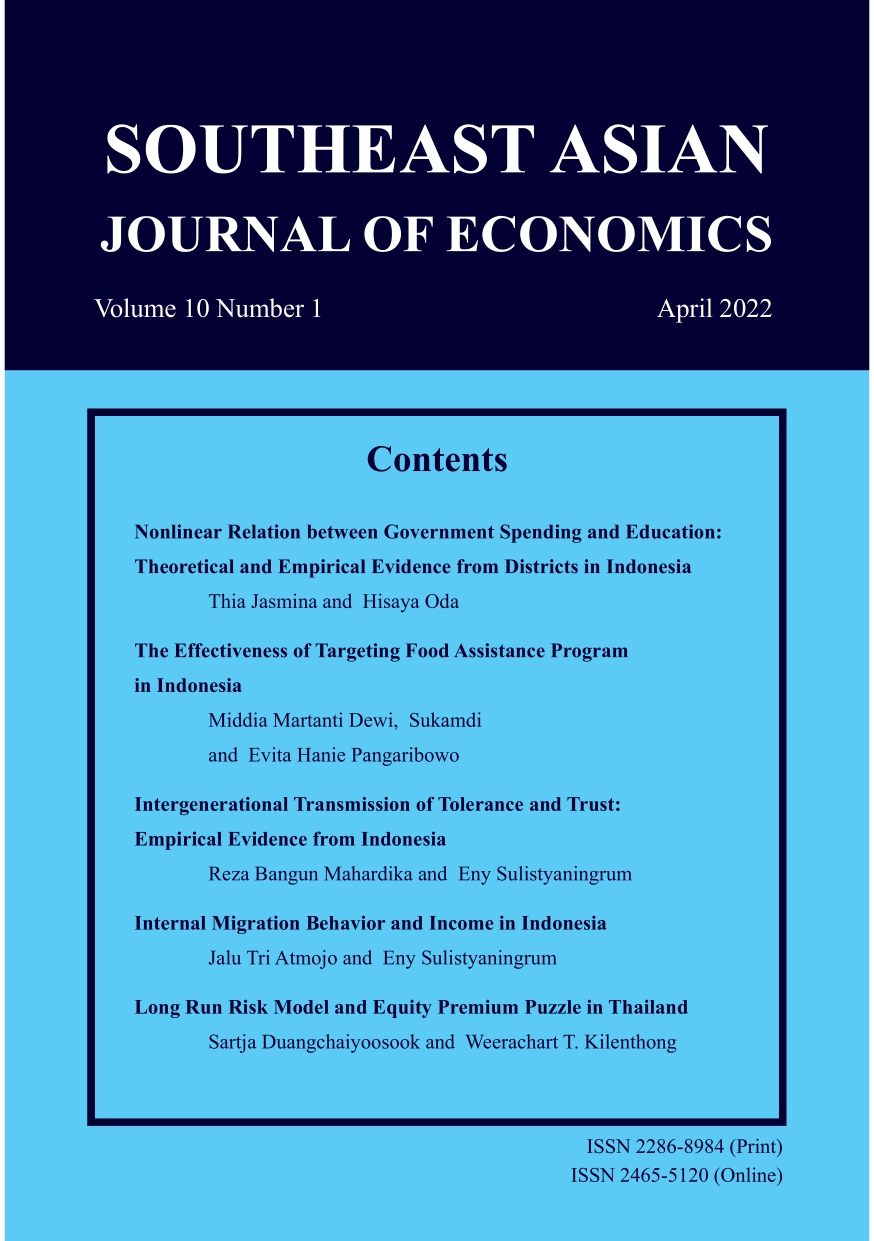 The submission of a manuscript implies that the paper is an original work and has not been published elsewhere. The author(s) authorize the journal to reproduce or distribute the paper in printed or other electronic forms.