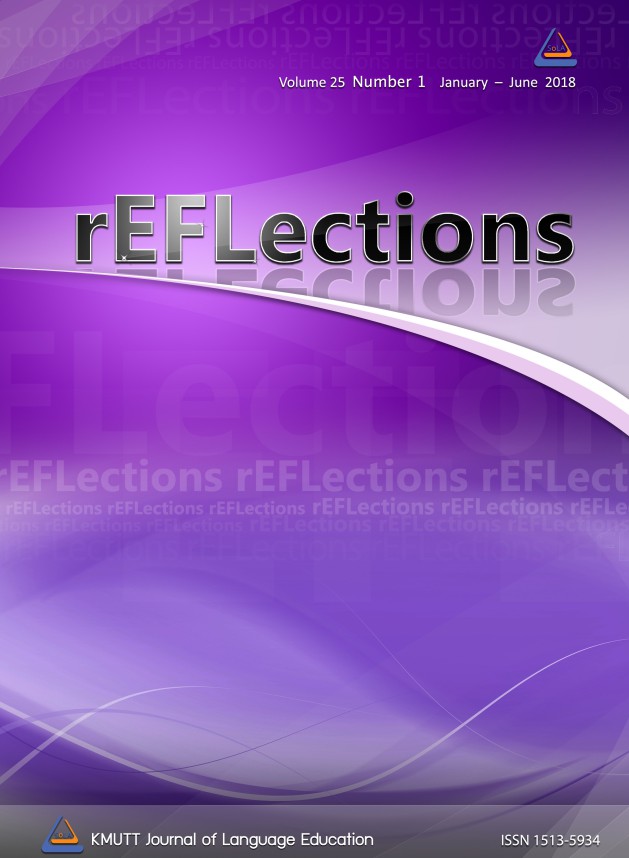 The changing of the English profile to English as an International Language (EIL) has broadened the definition of competent users of English around the world to include the ability to shuffle between English in local contexts (Canagarajah, 2013). However, Thai EFL learners continue to show an inability to understand and use English in intercultural communication. This problem is rooted in ineﬀective pedagogical practices primarily informed by native-speaking (NS) linguistic and cultural norms in English language teaching (ELT) policies in Thailand (Boriboon, 2011). As a result, Thai learners tend to lack the cultural awareness, knowledge and skills needed for success in communicating in cross-cultural contexts, leading them to have low confidence, fear of speaking English, and frequent intercultural communication failures. This study aims to investigate the use of songs as a means to increase students’ Intercultural Communication Competence (ICC). By incorporating ICC through songs in the English as a Foreign Language (EFL) classroom, it is believed that students will develop higher ICC, which includes cognitive, skill, and aﬀective aspects. Quasi-experimental research with 43 third and fourth-year students at one government university in Bangkok was undertaken over 17 weeks in an English through Songs course. ICC questionnaires were used as a pretest and posttest to determine ICC levels, while focus group interviews yielded supplementary data. Means, SD, T-test results and content analysis were used for data analysis, showing a significant increase in ICC levels resulting from the ICCbased instruction through songs. Therefore, this study concluded that songs can be an eﬀective technique to incorporate ICC into classroom practice and increase ICC levels, while also boosting L2 learning motivation.