This research aimed to study the unit cost to produce graduates and to analyze break-even points of each curriculum offered at the University of Technology Suvarnabhumi. The data were researched and collected from the budget, revenues and expenditures from students and the Thai government in fiscal year 2016 and 2017. The students were in bachelor degree from 6 faculties and 4 campuses. It was found that in 2017, the university had 12,148 students which declined from previous year by 1.87%. The budget for educational management was 1,066,028,396.21 baht, an increase of 3.27% from the previous year. Unit cost was 87,753.41 baht, an increase of 3.27% from the previous year. In 2017, income for education management in 2017 was 1,314,805,405.62 baht, an increase of 1.44% from the previous year and the break-even point of 9,180 students, which decline from previous year by 3.05%. The Faculty of Business Administration and Information Technology had the lowest unit cost and it  was worthwhile to administer the curriculum in 2016 and 2017 of all four campuses, except for Agricultural Business Administration Faculty at Huntra campus in 2016, which had the number of students less than break-even point. In contrast, in 2016 and 2017, the Faculty of Science and Technology had the highest unit cost and all courses had less students than break-even points. 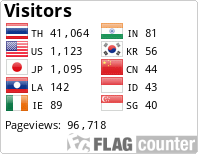