This study investigated the behavior and attitude of the audience toward the news program of Royal Thai Army radio and television channel 5. The sample group comprised of 400 people who lived in the provinces of Nakhon Ratchasima, Chiang Mai, Khon kaen, Phitsanulok, and Songkhla who were in regional news centers of Royal Thai Army radio and television channel 5. The sample group selected using a sampling ratio. Questionnaires were used in the study. The results showed that the behavior of the spectators who most wanted to watch news coverage in the form of social news accounted for 26.50 percent, attention was paid to what they were interested in (Sports, Entertainment News, for instance) for 22.80 percent. They watched the news broadcast during the evening news (18.50 - 20.00 hrs.) for 33.50 percent, watching news 1 - 2 days a week for 25.30 percent and most watched at home accounted for 72.30 percent. They were interested in news embeded with conforming footage in the news presentation of channels 5 for 41 percent. They agreed to its usefulness to everyday life, for applying to protect themselves from any disaster accounted for 24. For 25.50 percent, they watched the news channel 5 that was important and interesting. Interviewing via telephone gained 31.50 percent in which the audience themselves had the influence of watching news programs for 45.30 percent. In terms of attitude to watching the news, overall it was at a high level (average of 3.82). When considering each aspect, it was found that the sample had the attitude to take advantage of news most and the attitude was at a high level. (average of 3.86), followed by the reliability of the source, the format of news, quality, the attitude was at a high level (average = 3.81, 3.80 and 3.79), respectively. Comparing attitudes toward watching the news, it was found that age and occupational differences had different attitude toward watching different news and average revenue per month had a different attitude toward watching news programs varied in reliability of the source and taking advantage of the news at the statistical level of significance 0.05. The comparison of behavior toward watching the news showed that the age difference and the frequency of watching in terms of different marital status aspects of watching a news program and education level were different from news format statistically significant at the 0.05 level.

Sattra Koreua. (2007). Comments of the Students of the Political Content in the Evening News on Television Stations. Thesis Master of Arts, Ramkhamhaeng University 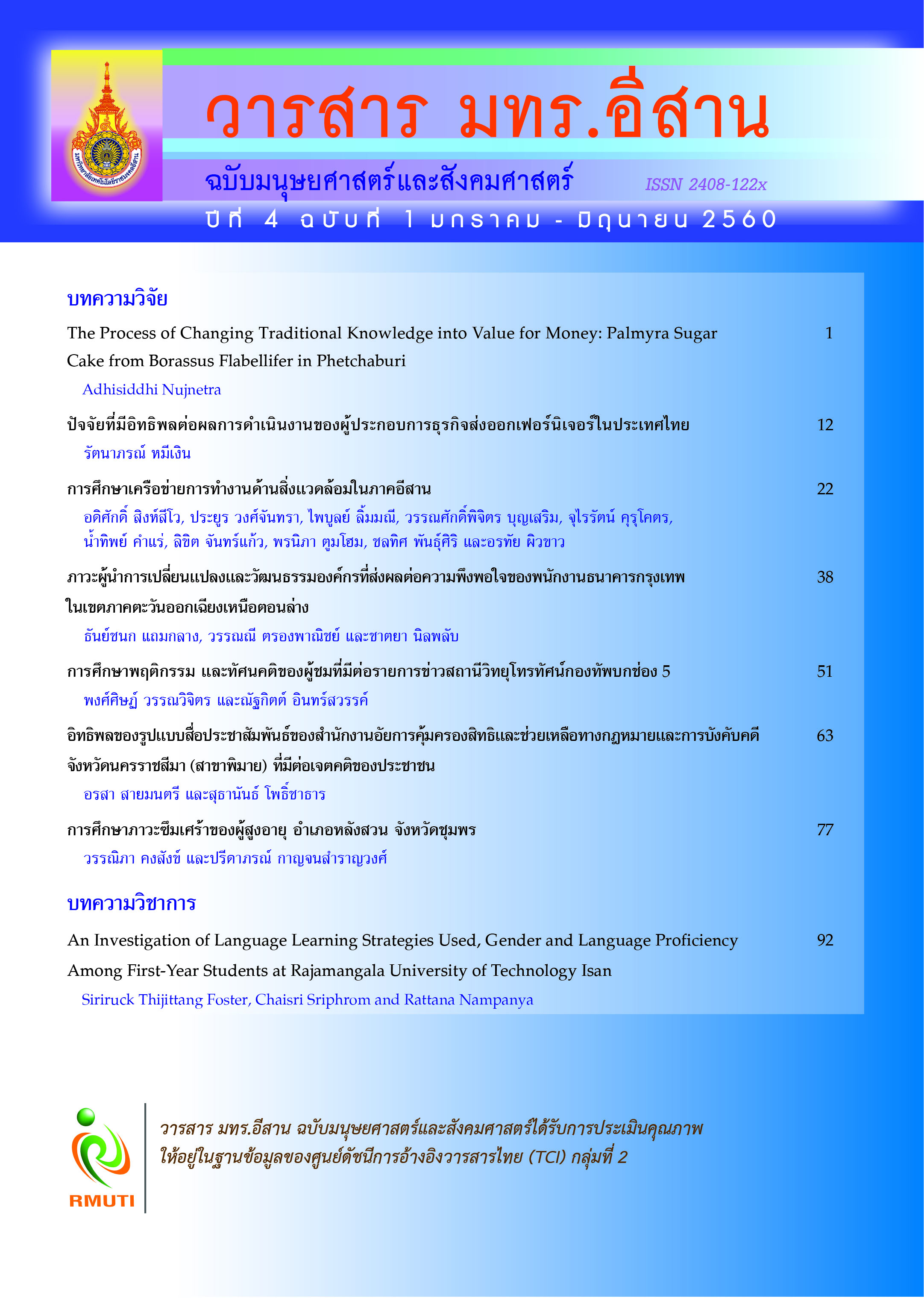