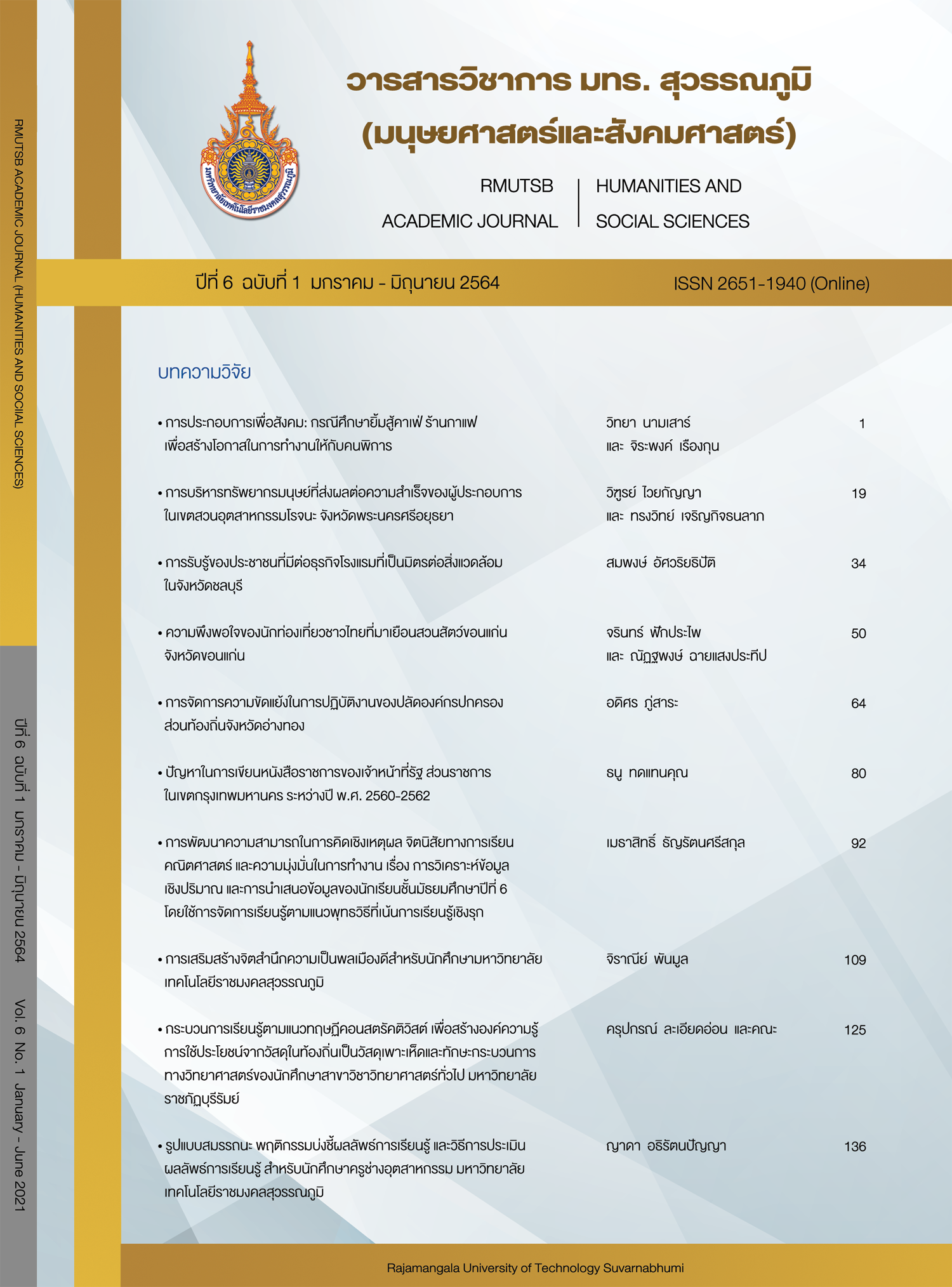 This research aims to study the problems in writing official documents of state officials in government agencies in Bangkok between 2017-2019 with the use of qualitative research method. The data were collected from documents and fieldworks. Target population was selected with specific selection, namely the participants in the official documents writing course organized by the government agencies in the department level, including Department of Mental Health, Office of the Permanent Secretary-Ministry of Industry, Office of the Administrative Court, Social Security Office, Excise Department, Department of Disease Control, Industrial Estate Authority of Thailand, Office of the Permanent Secretary-Ministry of Labor and Praboromarajachanok Institute. The key informants consisted of 90 state officials in executive, government official, government employee and employee positions. The research instruments were observations, interviews, and group discussions. Data validation was done with triangular inspection technique, analyzed according to the research objective, and presented with descriptive research format.

The research results showed that problems in writing official documents of state officials in government agencies in Bangkok between 2017-2019 by considering only external and internal documents consisted of 4 dimensions: 1) form, 2) content, 3) language, and 4) typing. Dimension 1, form, most of the documents were conducted followed the rules of the Prime Minister's Office, regarding the Document Works 2526 B.E. and other Amendments that needed to be adjusted in the letterhead, the use of the Garuda emblem, the front and back margin and paragraph. Dimension 2, content, most of the documents were written incompletely due to the lack of understanding in content composition and use of 5W 1H. Dimension 3, language, most of the documents were written with the used formal language with inappropriate words, sentences and messages duplication, incorrect abbreviations and confusing extravagant words with a lack of connections in content body, the incorrect punctuation and partition of words, spelling mistakes,  and wording inconsistency. Dimension 4, typing, most of the documents were  typed correctly according to standard criteria, however, there were some problems with back margin matching, incorrect spacing and new page beginning.