The objective of this study was to classify the type of noise present in a Computed Radiography (CR) image by the J48 algorithm. A TOR CDR radiography phantom was supposed to represent a patient. The process of the study started with the refinement of the CR image of the phantom by replacing the color in entire area having similar color with the average color. This refined image was assumed to be the originally noise free image. The instances used in the J48 algorithm were created by overlaying 100 samples of each of three types of noise, Gaussian, Poisson and impulse, to the original image. Here, Mean, Standard Deviation (SD), Mean Square Error (MSE) and Peak Signal to Noise Ratio (PSNR) were features extracted from the instances and it was found that a combination of using Mean and PSNR as considering features showed the best performance in noise classification. Then the training and testing data set was constructed by overlaying 300 samples of each type of noise to the original image. The obtained model was evaluated, which had 94.22% correctness, 7 levels, 28 nodes and 15 decision tree rules for noise type classification. As a result, this model classified the CR image noise to be of Poisson type. 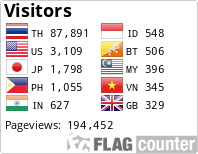