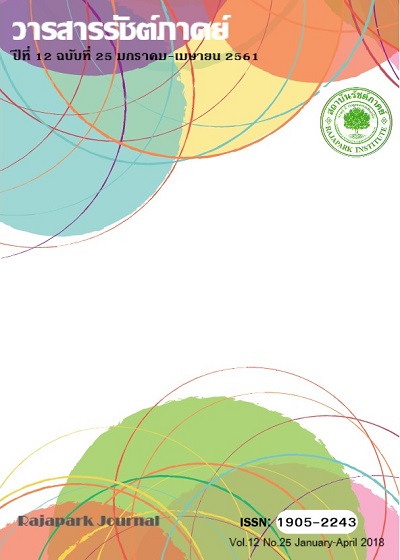 The study of "legal problems relating to the enforcement of anti-money laundering laws on business networks" that arises from the network business, is characterized by bringing goods and services to the front or as a disguise, to create credibility and pretend to overestimate the properties and values of the product, as well as primarily focusing on recruiting members to join the network by some fraud. They don’t focus primarily on the sales of the product. This is spreading all over the world now. Although the Money Laundering and Anti-Money Laundering Act (No. 5), 2015, defines several offenses that includes serious sanctions on money laundering offenders, it still cannot be construed as guilt for any network businesses yet. The study indicated that Money laundering laws have a rather aggressive punishment on the offenders, which set minimum penalty and high penalty rate, including both jail time and fines at the same time. However, the punishment of the offenders under the Direct Sales and Direct Marketing Act BE 2545 (2002) shows that the punishment being imposed on the perpetrator are mostly only fines. In addition, even though the money laundering law establishes many guilty offenses including the serious sanctions on money laundering offenders. However, it cannot be construed as guilt for any fundamental offenses relating to the conduct of any network business. Furthermore, in the fundamental offenses under section 3 (3) concerning the public fraudulent, although the guilt is closely related to a business offense that should be able to enforce on such business, it still cannot bring such a penalty due to the fact that the fraudulent that deceiver does not know the facts of the deception. And if you bring this to consider with a business network, most of them will find out that they are legit and willing to go into the business or be a member. When this is the case, the money laundering laws cannot be applied to the network business.