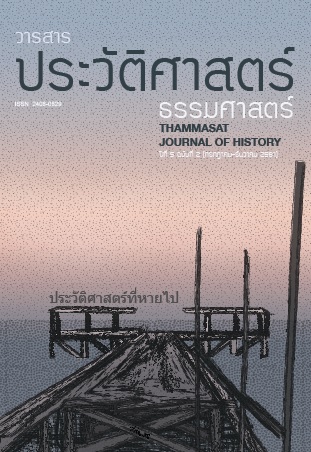 A few years after the suppression of the Shan Rebellion by the army of Siam in 1902, the kingdom’s young crown prince Vajiravudh made an official visit to the Northern Administration, where the rebellion has taken place. The trip took three months, and required a great deal of strength from the prince, who up until then had little experience of governing. He spent his nights in the thick jungle area where the Rebellion had taken place. And it was on one of those nights that one of his entouragedreamt that although there were many different threats to his life, he was protected by Thao Hirunphanasun (lit. The Silver Guardian Demon of the Jungle). Soon afterwards the prince ordered that a statue of the guardian demon be erected and the deity has stood ever since in Bangkok’s Phayathai Palace. This was an ambiguous episode in the history of Thai Buddhism. The crown prince, who had spent nine years being educated in Britain and had travelled through Europe, acted in something of a contradictory manner to the modern form of Buddhism that he would be championing as the next King of Thailand.

What were the factors that made the crown prince “invent” a deity which had no Buddhist origin? This paper shows that there is a need to reconsider the relationships between Buddhism and the power of the absolute monarchy in the making of the modern Thailand.