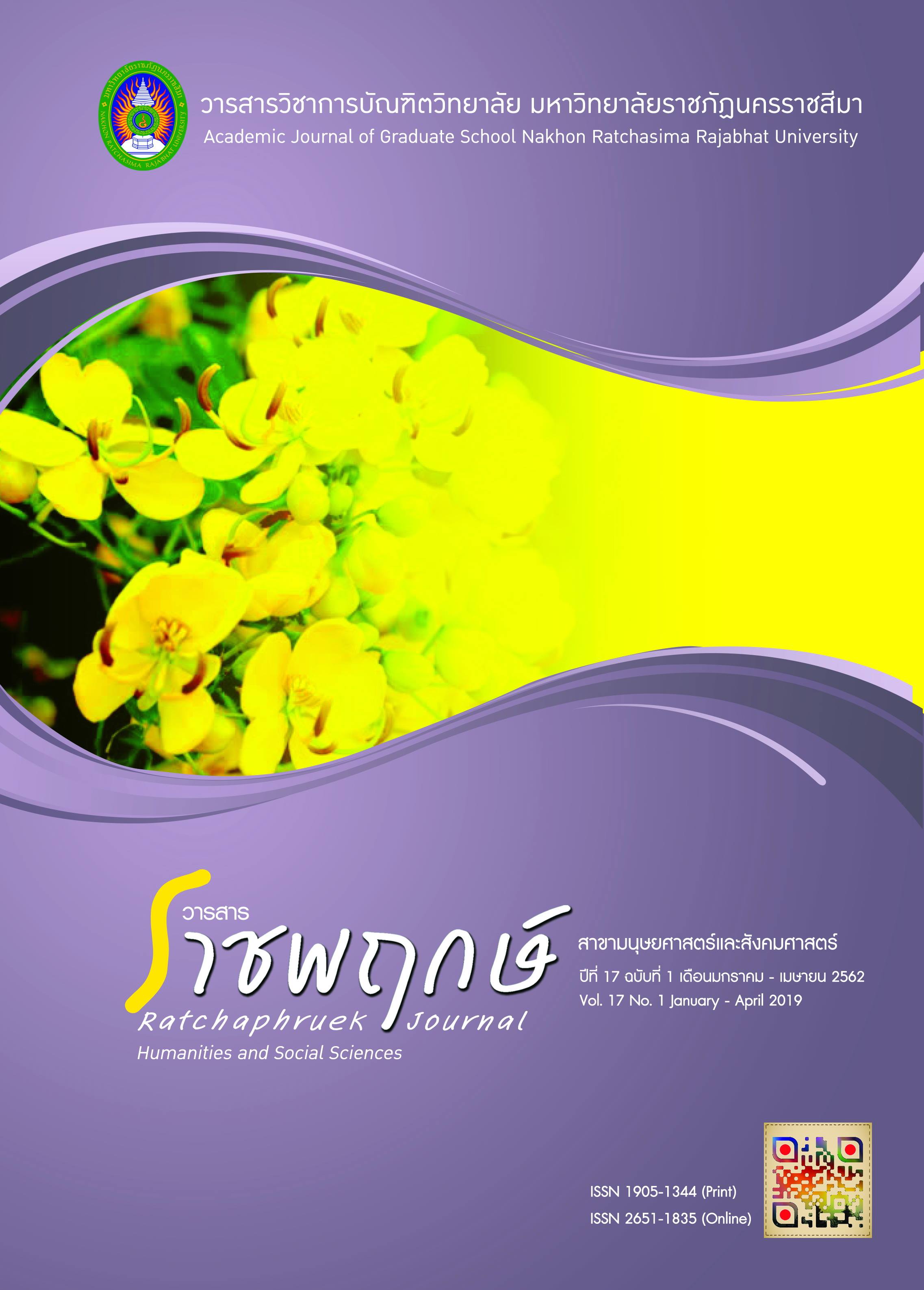 This research aimed to develop a model to enhance Grit, and to study                       the effects on the model in enhancing Grit treatment over the College of Dramatic Arts Students, Bunditpatanasilpa Institute, Ministry of Culture. It was a kind of research and development form under 2 periods. The first periods contained 2 steps; 1) studied ways                 to establish a model to enhance Grit of College of Dramatic Arts Students from the  documents  and  researches related along with the interviews under 5 key persons for the data and synthesized data as a guide line to create a model.  Also, the in-depth interview on behaviors as well as characteristics of those students effecting low and high levels of their Grit which was conducted on 20 students as a research sample through purposive sampling technique, and  2) Employed the data to develop a model to enhance Grit and analyzed the model by 5 experts. The second period was on treating the developed model on 10 grade 10-12 students under Nakhon Ratchasima College of Dramatic Arts as the target group obtained through purposive sampling technique. The research tools were a model to enhance Grit, a set of Grit test, and an observation of student behaviors form. The data were analyzed by The Friedman’s Test. The research results were as followings:
1. A model to enhance Grit was under 5 steps; 1) Planning: P, 2) Operating: O, 3) Whole Evaluating: W, 4) Enhance Values: E, and 5) Reflecting to Understanding: R. It was assessed by the experts with the highest level of suitability.
2. The effects on the model to enhance Grit after treatment were found that those students after the treatment had Grit higher than before at .01 level of statistical significant difference and they had Grit not different between while treating and after treating  the model. In addition, they were more likely to change behaviors in the manner of  having a higher gratitude.