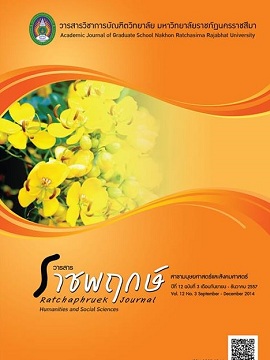 The objectives of this article were to bring fraught in presenting the path analysis on the curriculum and instruction which had been used as path analysis technique with the curriculum and instruction. This article would be well-making namely and could be the model-variable relations at the same time as one point. The path analysis using the analytical technique was found in terms of reducing its numbers of equation analysis of the multiple regression analysis. Besides, it still reduced its errors that might be occurred from the model-variable analysis. For the guidelines in using the path analyses in the curriculum and instruction consisted of; 1) it should be understandable to its variable characteristics, and 2) it could be measured as interval scale upwards. This also should be known to the primary agreement of the path analysis, research’s ideal framework, primary duplicate assumptive-model building, and model development by eminent figures. Also, feasibility in examining between assumptive model with empirical data and research summarization, result explanation, suggestions and completed research reports.