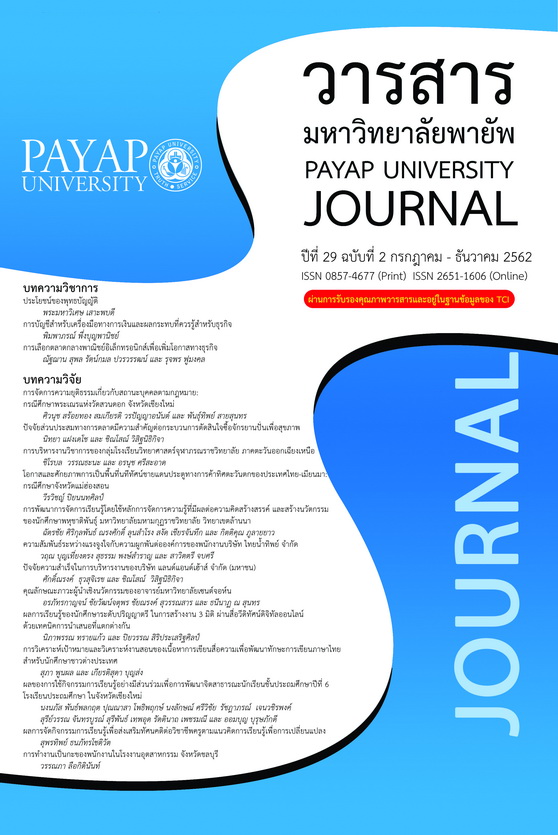 The purpose of this research was to develop teaching and learning on creative technology and educational innovation of undergraduate multi-ethnic students, Mahamakut Buddhist University, Lanna campus. The experimental group was 25 first-year Thai major students, and the control group was 27 first-year English major. The total participant were 52 students with the using of stratified sampling method.

The results of the study on creative differences and the creation of innovations between experimental groups and individual controlled groups revealed significantly. According from the creative evaluation form of Jellen & Urban (1989), the analysis results found that the experimental group had creativity different from the control group in 7 areas from the overall 11 aspects as follows: 1. addition (CN) 2. integrity (CM)
3. continuity causes a story (CTH) 4. crossing the line (BID) 5. humor (HU) 6. new thinking is not considered according to the pattern (UCB) and 7. speed (SP) with statistical significance at .05 level. Then, the differences in the characteristics of creation of innovations between the experimental group and the control group were found to be different at .029 with statistically significant at .05.