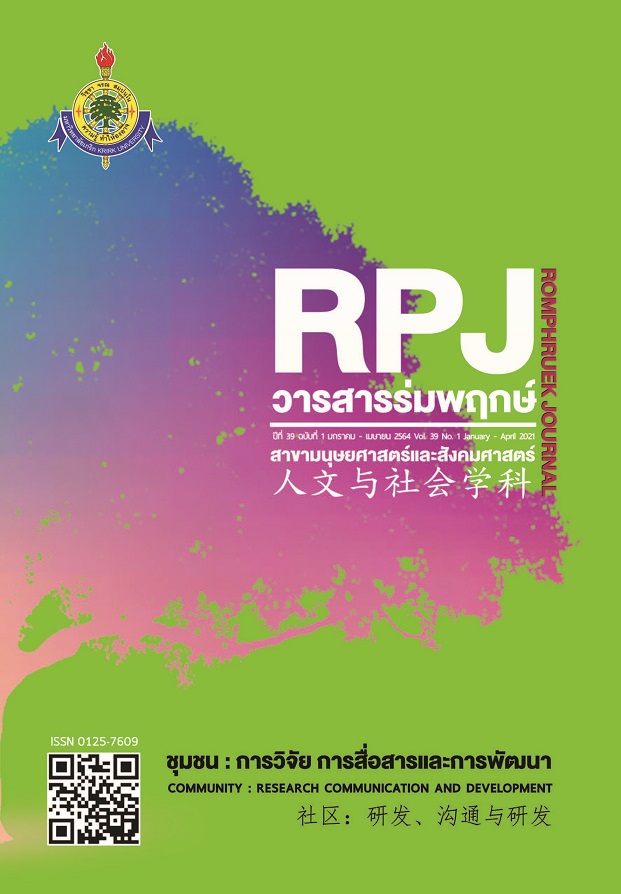 The objectives of this model of art and cultural revitalization and preservation by the participation of the cultural networks and Laksi communities research were to 1) investigate the body of knowledge of Laksi District arts and culture, 2) investigate the community participation in the restoration and the passing on their arts and culture, and 3) analyze the approach of the Laksi District arts and culture restoration and the passing on with the participation of the community networks.  This research was a community-based research (CBR) which emphasized the cooperative learning between the community and the researcher.  The research methodology used was the qualitative research method. The results showed that the Laksi District arts and culture were consisted of five categories as follows: the making of Khon Masks, puppetry, marionette, Khon performance by children, and kite-making.  First, the Khon Masks were made with the elaborate and delicate pattern and reflected the identity design exactly the same process as their ancestor’s.  The works were completed by hand.  Second, in terms of the puppetry, the puppets were able to move parts of their bodies.  They could open or wink their eyes, open their mouths, grasp their hands and move their fingers. Third, in terms of the marionette, the story was based on the folklore with the modern way of life integrated in the story and the personality of the marionettes.  Fourth, the distinctive feature of Laksi kite-making was the use of good quality, durable and water-proof mulberry paper. The design emphasized the preservation of Thai arts.  Fifth, in terms of Khon performance by children, the local wisdom owner had provided the opportunity for the children in the community to learn and practice Khon masked play free of charge, and the learners were able to perform anywhere to earn extra income in their future.  As for the community participation, the results revealed that the community people of Laksi District did not participate in any of the five arts and culture programs.  The wisdom owners of the local five arts and culture categories who valued highly their artistic skills preserved their arts and culture by themselves without any support from the public sectors in Laksi District and the community. Especially, the art of kite-making which was gradually disappearing from the community, despite the fact that its identity had been in the community for so long.  Moreover, the results of the analysis of the approach of the community participation of the arts and culture restoration and passing on revealed that the attempts of having the cooperative learning with the community in all phases starting from initiation, sharing ideas, controlling, operating, evaluating and receiving benefits.

Every article published in the Romphruek journal is the opinion and point of view of the authors. Thery're not the viewpoint of Krirk University or the editored department. Any part or all of the articles for pablication must be clearly cited.

Rapepat, A. (2004). The Participation of Citizens in Development. Bangkok : Centre for Health Policy. 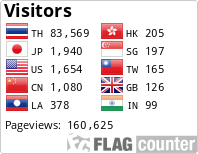