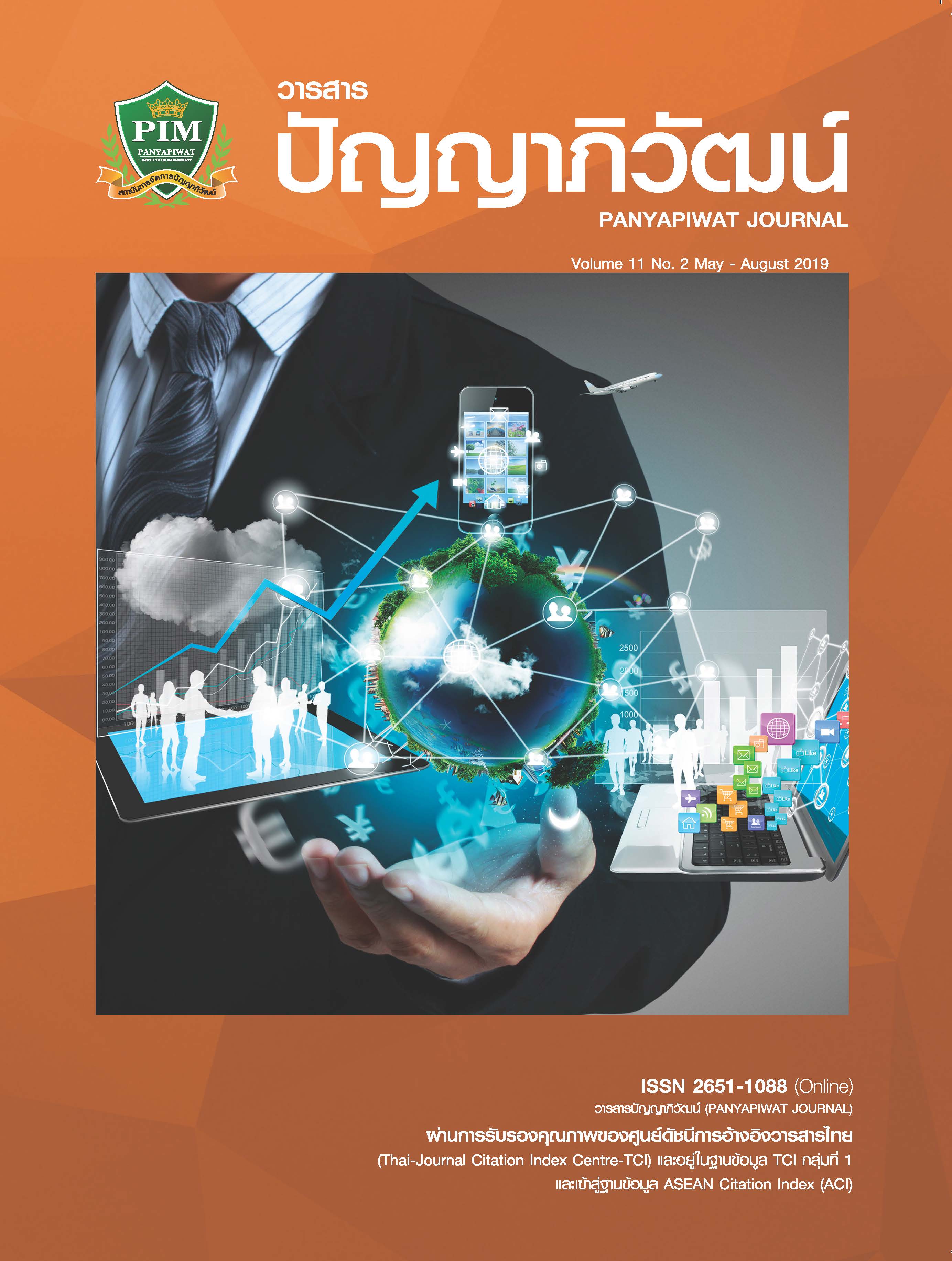 The research results were as follows:

1. The majority of students in schools offering Chinese language instruction in Northern Thailand had opinions that the current overall condition of Chinese language learning was practiced at the high level. When specifc aspects of Chinese language learning were considered, it was found that all aspects were practiced at the high level and could be ranked based on their rating means from top to bottom as follows: the leaners, the curriculum, the learning activities, the supporting factors, the evaluation, and the instructors, respectively.

2. Students in schools offering Chinese language instruction in Northern Thailand, who were of different genders and who were in different provinces did not signifcantly differ in their
opinions toward the overall and by-aspect practices of Chinese language learning. Meanwhile, a signifcant difference at the .05 level was found between opinions of the students in different class years toward the evaluation aspect. However, no signifcant difference was found in their opinions toward both the overall and other aspects.

4. Teachers in Chinese schools in Northern Thailand with different statuses, ages, and educational qualifcations did not differ signifcantly in their overall and by-aspect practices of
Chinese language instruction management.

I and co-author(s) certify that articles of this proposal had not yet been published and is not in the process of publication in journals or other published sources. I and co-author accept the rules of the manuscript consideration. Both agree that the editors have the right to consider and make recommendations to the appropriate source. With this rights offering articles that have been published to Panyapiwat Institute of Management. If there is a claim of copyright infringement on the part of the text or graphics that appear in the article. I and co-author(s) agree on sole responsibility.

Amornvivat, S. (2003). Academic article on improvement of curriculum for quality of Thai people in the next decade. Bangkok: The Royal Institute. [in Thai]

Bureau of Academic Affairs, Offce of Basic Education Commission (2017). Statistics of teacher-students of provinces in the north. Bangkok: Agricultural Cooperative Federation of Thailand printing. [in Thai]

Department of Academic Affairs. (2016). Administration of fundamental education curriculum of

Jongsathapornsit, S. (2014). Study of method of learning English language of the Grade 11 students of schools under under Department of General Educationof Bangkok. Master of education program’s thesis, Silpakorn University. [in Thai]

Leksukhum, N. (2002). Effects of learning life skills for self-development in emotional intelligence (Good Smart Happy) based on the concept of the Department of mental health with psychological training program. Bangkok: Faculty of Education, Suan Dusit Rajabhat University. [in Thai]

Li, J. J. (2008). The Defciencies of Chinese Teaching in the Northern Part of Thailand—Case Study of Montfort College Secondary School in Chiangmai. Journal of Baoshanshi, 27(4), 25-27. [in Chinese]

Li, Z. (2016). The Evaluation and the Pattern of Development of Chinese Teaching in Northern Part of Thailand in the Context of Chinese Language. Journal of Research on Education for Ethnic Minorities, 27(1), 131-133. [in Chinese]

Offce of Basic Education Commission (2006). Curriculum and instruction management according to fundamental education curriculum as of Year 2001. Bangkok: Agricultural Cooperative Federation of Thailand. [in Thai]

Sanguannam, K. (2013). The Study of the use of foreign language curriculum (Chinese language) in schools under Bangkok affliation. Master of arts’ thesis, Chulalongkorn University. [in Thai]

and Instruction, Dhonburi College of teacher. [in Thai]

Visawatheranon, S. (2006). The development of teaching quality of secondary schools in the vicinity of Bangkok. Nonthaburi: Sukhothai Thammathirat Open University. [in Thai]

Xu, Z. (2008). The Circumstance and the Prospect of Chinese Teaching in the Northern Part of Thailand. Academic Journal of Huaqiao University, 3, 116-118. [in Chinese]